No “Hack” to Success: How to Build Long-Term Relationships with Brands as an Influencer – Ep. 32 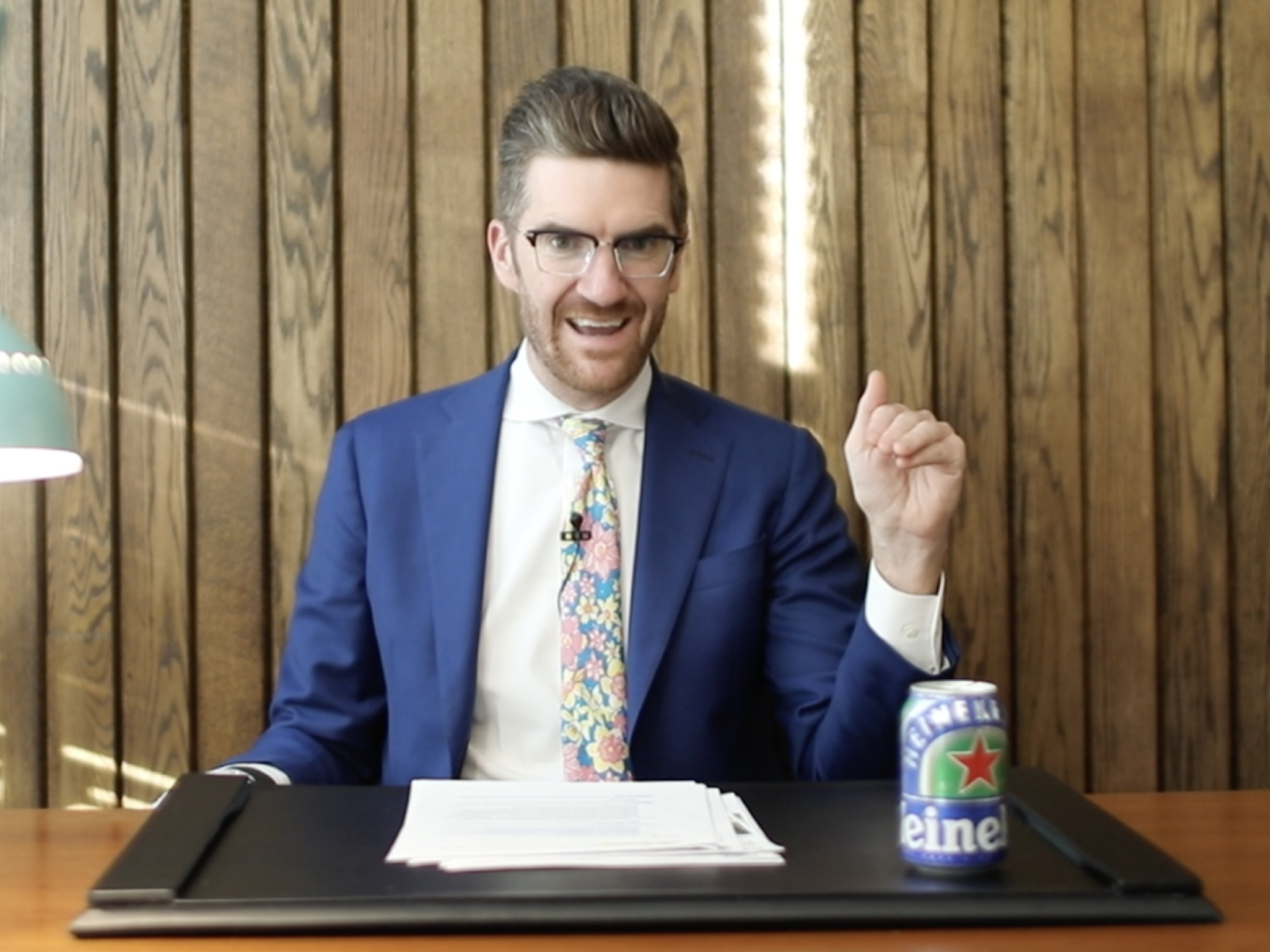 Welcome to Negronis with Nord. Today’s episode is about how TikTokers scammed their way into NYFW, brand focus on ROIs in the recession, shifting from simple content creation to an ambassador marketing mindset, maintaining your creative flow during burnout, and so much more.  You can submit your questions for future episodes here.

James gets his personality back

James: Negronis with Nord, episode number 32. I am back in a suit, ladies and gentlemen. I feel like my personality is back. I feel like a whole complete person again. I'm, I'm just very excited to be back in a suit, but I'm in this bad boy now for another four weeks. A few of you reached out expressing concern that I was not going to be able to wear my linen suit before the season. I am happy to let you know it was 80 degrees yesterday. I was able to wear the linen suit and at least get one proper wear out of it before the weather turns. I can barely get this thing through a jacket, but like it does get there eventually. It's hard to get it off once I'm in there, but I've got no complaints whatsoever. Well, that's not true. I, I always have something to complain about.

James: Something I will complain about real quick, there was an article in The Cut about people trying to like scam them their way into shows at New York Fashion Week, and there was a bunch of TikTok videos going around that were sharing the email addresses of publicists and look, Fair game.

Your email address isn't like, you know, your social security number or like your DNA sequence. Email addresses are pretty easy to find. They're very easy to guess. And so I don't have any actual real problem with like people's emails being shared. The idea of like hacking your way to success, right? That like, you can get someone's email address off a TikTok video and you can send them a bunch of emails and maybe you'll get into a show or something and fair game. That's a bit of like hustling and like trying to like, you know, you don't get what you don't ask for. But similar to growing and following and growing a community, you can't hack your way into success, right?

That like, ultimately, if one of your goals as a creator is to be going to fashion week, even to be going to fashion month and doing LA, Jesus, London, Paris, Milan, and New York, multiple seasons doing couture, doing resort. Like, cool. If that's like really what you want to do, I think that's like a great goal. Relentlessly emailing PR people that, that put these shows together, asking to get in is not gonna do it.

James: Let me just explain. If any of you are new to this. Fashion shows are really small. They happen a couple of times a year. They're 10 to 13 minutes long. They cost the designer half a mil to multiple millions of dollars for that 13 minutes. They are filled mostly with editors and then VIP customers, people spending, you know, probably a 100k to a half a million dollars a year, if not more. And then some like key influencers, a lot of the influencers going to these shows, either they're huge and established or they have prior relationships. So if there are shows, you want to go to be realistic, right?

Like you're not gonna get into Dior if you have 50,000 followers. So you have to make sure your, where you are in your career and you're following and in the industry matches up with the kinds of shows that you want to go to. Ideally, you should be going and, and looking at what is art from the artists that you like and respect. And so, you know, pick those out and try and build a relationship with them, not during literally the biggest busiest ******* like 72 hours of their entire **** year. Emailing somebody the week of a show, first of all, that ship is sailed. I have been in the rooms when they are seating people at these shows, like they have every name printed out and they've got like a little like runway cut out and they're literally placing all of those names and they're, they're casting and staging that entire room. It doesn't happen a week out. It happens further than that.

Don't email them in their busiest time demanding to go to a show because you have fallen into, you know, 30,000 followers on TikTok. Try and build a relationship with them, you know, maybe give 'em a couple weeks after the show, email them, Oh my God, the show was so beautiful, I loved these specific looks, blah, blah, blah. I covered your show on my TikTok. My audience loved it. Take a look at it. Here it is. I'd love to be considered for future shows. Email them six weeks before fashion week the next year the next season, rather, Hey, following up. That's a relationship. Build a relationship, provide some value, and you'll probably find that you will get what you want. You'll get into those shows. It's, it, it isn't Fort Knox again, the like Dior's and Prada's and Chanel's of the world's quite difficult, but there are hundreds and hundreds and hundreds of shows every season and every city, and I'm sure you will get there.

Unprecedented focus on ROI from brands

James: I was talking this morning to our leadership team that runs the campaigns at Fohr. So these are the people that run the, all of the campaigns who pay the influencers at four on behalf of our clients. A few things that I think are worth noting and are maybe part of bigger trends across the board at the company we are hearing there is an unprecedented focus on return on investment. This is something we talked about was going to happen with the increased pressure from where the economy is at. And with there being so much more supply of influencers and so many more influencers out there, brands are going to be able to ask more of those influencers. And as the price brands are paying and the cost of this stuff goes up, there was going to be increased scrutiny on what you do. We are, that world exists right now. That is happening a hundred percent.

At the same time, talking to the team this morning, they mentioned that they're seeing more than they have in in recent years. This feeling that some influencers are, you know, kind of phoning it in. They're not really trying to push the content. And and I caveat that by saying like a lot of times, and the brand is giving you this really cons descriptive brief, it is hard to be creative when you feel like there's so many constraints and there's so many things that the brand wants and they're not respecting your creativity. Part of that is also like we as influencers, you really have to try and, and push that creative, try and come up with an idea that's really gonna make that brand sing that's really going to achieve their goals. This stuff doesn't exist in a vacuum. I think sometimes there is a feeling that brands money is monopoly money. It's endless, It will never go away and they have so much of it that it doesn't matter. But if as an influencer you charge even a $1,000 and a brand's product is $50, then they've gotta sell 20 of those to just break even. But really they've got their margins, so they probably have to sell more like 50 of those.

James: Ultimately, I think it is a, it is dangerous for influencers to think that their job is creating content and just that you get a contract with a brand and yes, there are deliverables that you have to, you know, do and there's video and stories and you're, you're, you know, negotiating usage rates, all of that. And you, you start to think, my job is creating and posting this content. Your job is selling their f*cking products. That's it. I think if you're lucky enough to be making money off of this and making good money, I think it can both be true that you deserve that money and that you respect how much money it is. You know, that's an investment that the brand has made and that investment should be respected.

You have to make sure that you don't think your job is just delivering the content because it's not making sure you bring that like the ambassador mindset, right? That you bring that to your partnerships and the brands are looking at this more closely than ever. And I think influencers are starting to feel a bit like, you know, maybe they're doing too many sponsored posts, it's getting really busy, but the effort that's going into some of this influencers pitching creative ideas, trying to sue something different, things that I feel like were more common years ago are becoming less and less common. I bring it up only because people are noticing as we enter a potentially more difficult economic environment. A great way to stand out is by being an amazing partner, is by going above and beyond pitching creative concepts.

A great way to stand out is by being an amazing partner, is by going above and beyond pitching creative concepts.

You know, trying to create content that you really think is going to help them achieve their goals. Ask them what their goals are. Is it awareness? Is it sales? You know, and make sure that your content is in support of those goals. And if you're not getting those goals from the brand you should ask for because then you don't know what success is. And if you don't know what success looks like, you can't be successful and you're just in the dark, right? I want you to prepare for it right now. If you have been really busy and you've been feeling overwhelmed and deep down you feel like, you know what, I'm not putting the effort into these posts that I know I should be, I would use this as an opportunity to make that commitment to changing that. Those are the influencers who are gonna be able to have long standing careers here and will make it through whatever economic difficulty we face here in the coming years.

I know creative people putting out work that you don't believe in, that you feel like isn't your best work can slowly kill you. That's something that DonYe talked about, right? That like doing as a creative person, doing things that you, that, that don't inspire you or doing things that, that are, you know, not up to your kind of taste level can be really difficult. It is transformative to focus on doing a good job and, and to really put the effort into it and to respect that money that the brand is giving you and expect them and it's fair for you to expect them that they're respecting you and your time and your contribution. And ultimately, again, that's gonna lead to better partnerships and, and a longer career in this space. 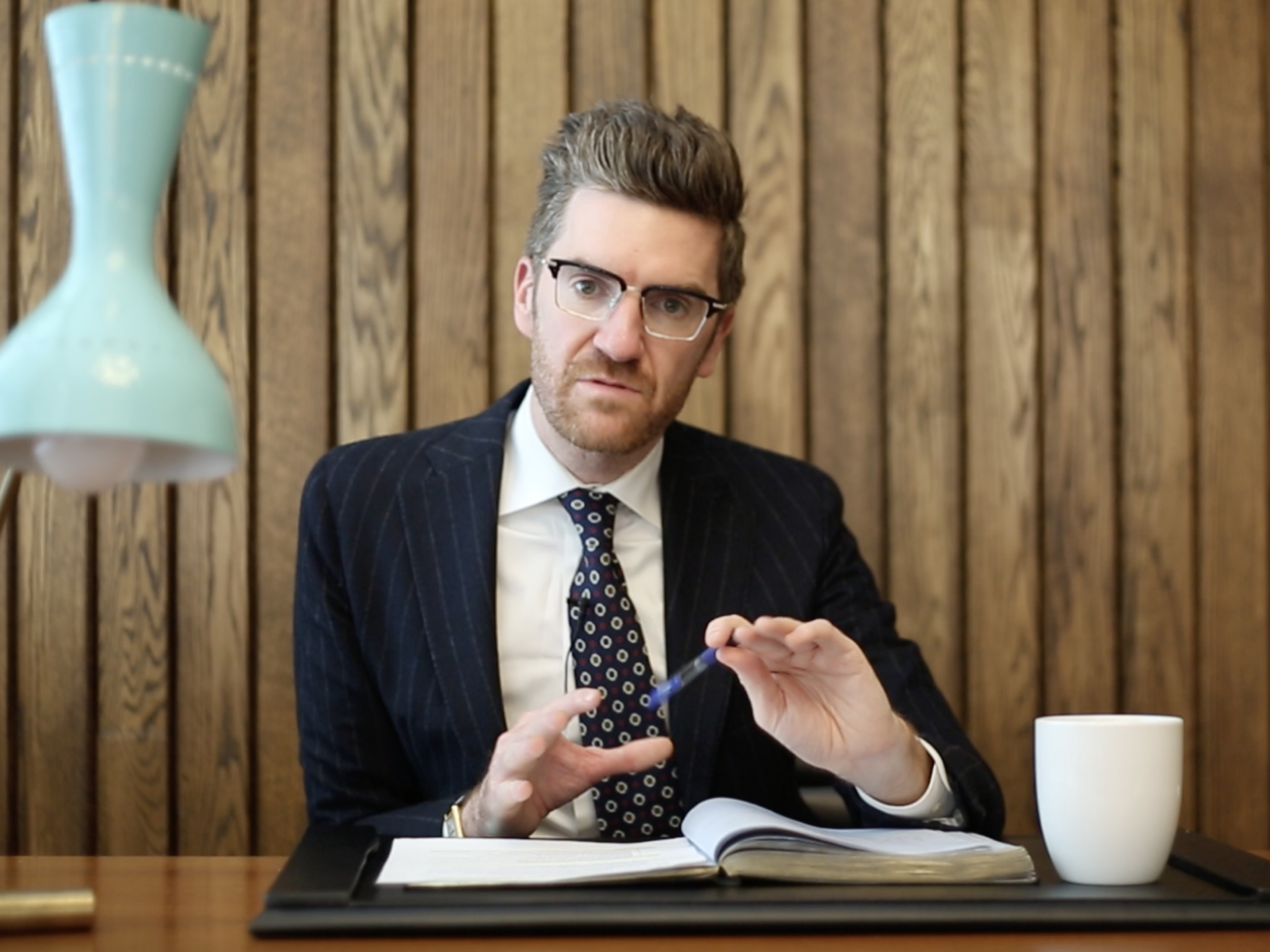 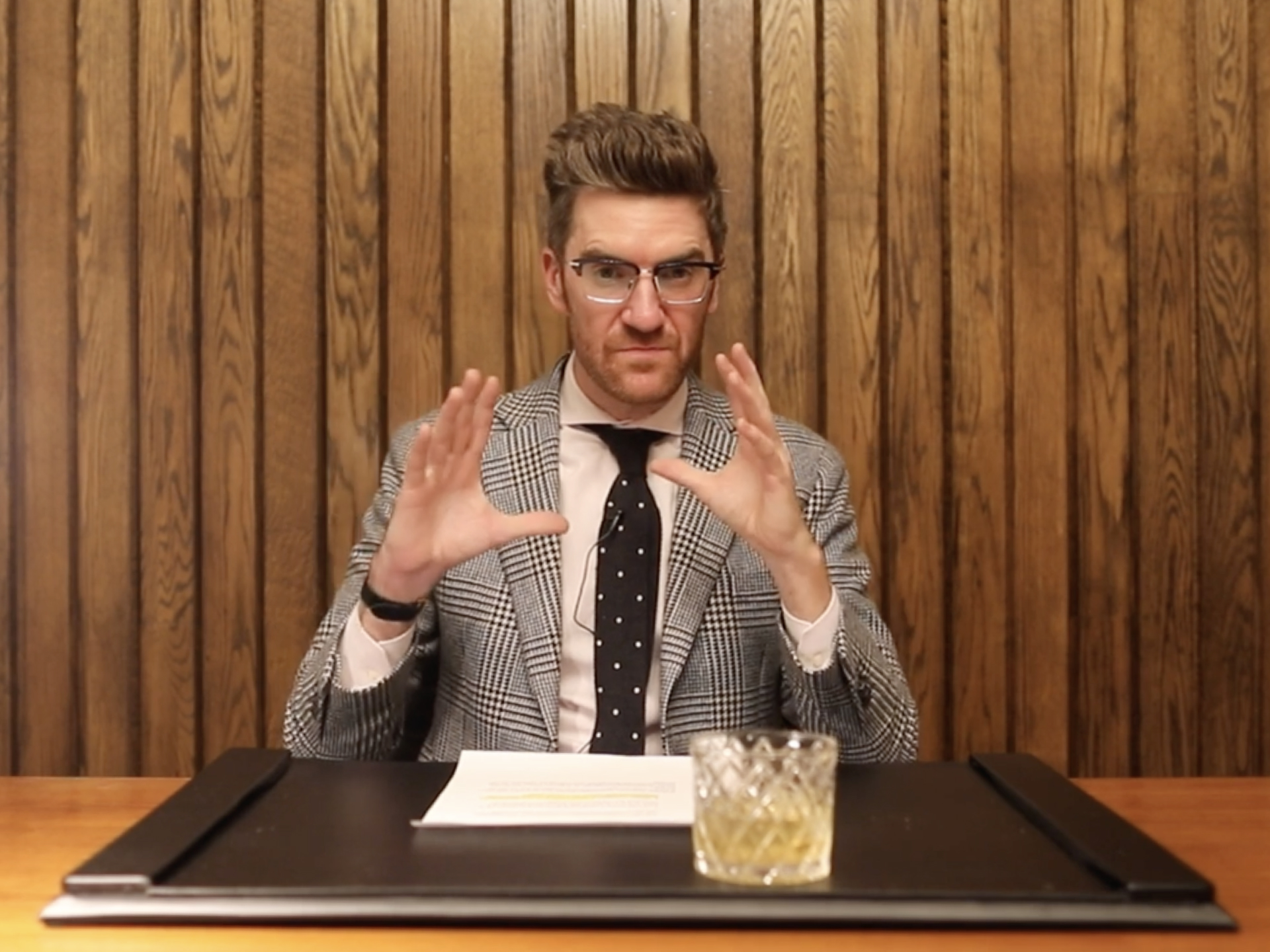 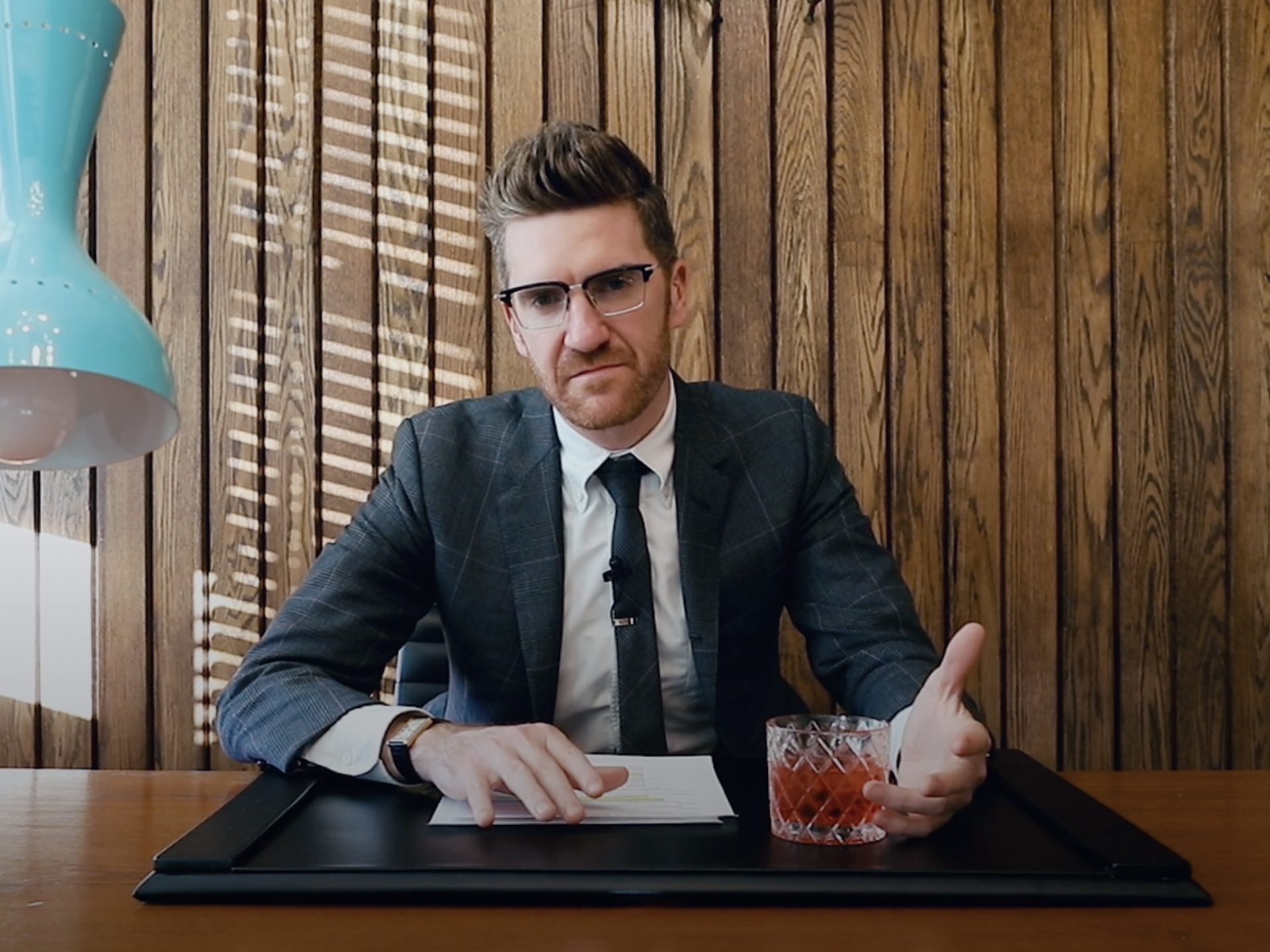