Defining Web 3.0 & The New Internet: A Glossary of Terms Marketers Should Know 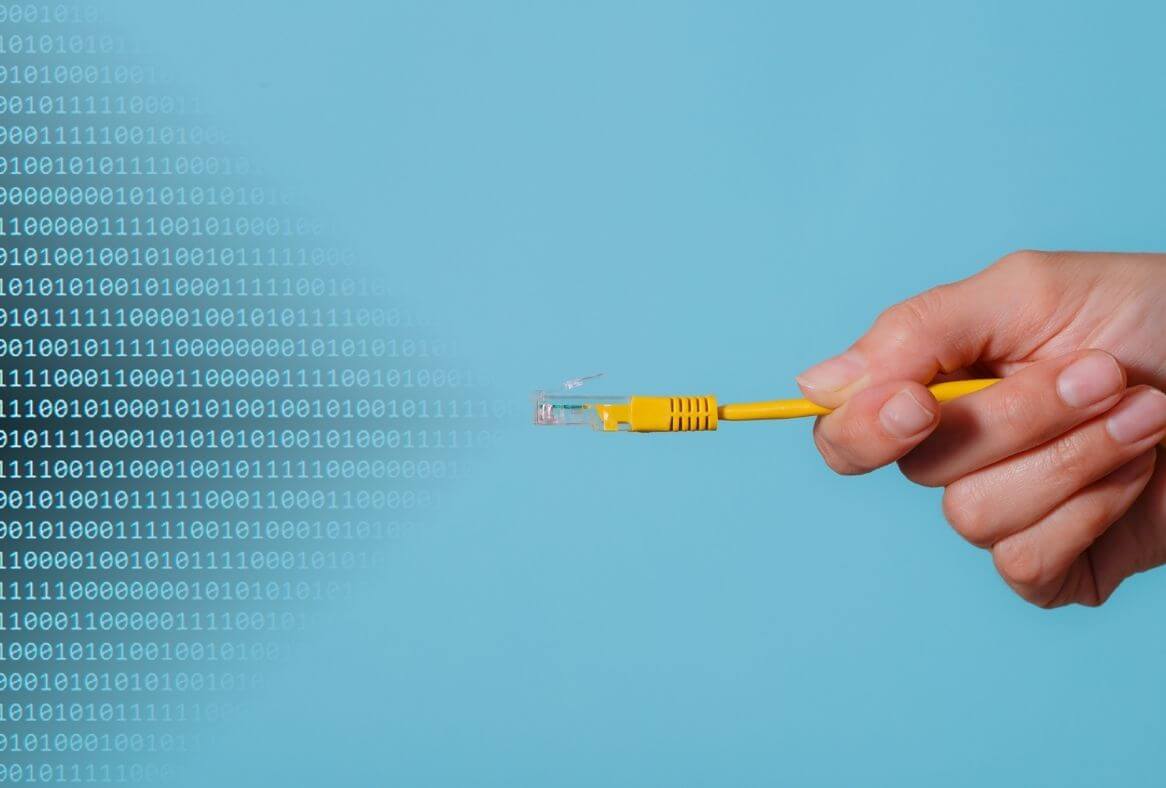 As marketers, we need to have a basic understanding of a multitude of verticals, especially those that will affect the ability to buy, sell, advertise, and communicate with customers. We also love our acronyms and terms (KPIs, CTR, CTA, CPL, etc).

Here we provide a glossary of terms that distills the often confusing definitions surrounding a new type of Internet, computing, and Web 3.0.‍

"A process or set of rules to be followed in calculations or other problem-solving operations, especially by a computer." (source: Oxford Dictionary)

Algorithms are a set of directions, or if/then statements, in coding to let machines know what proceeding actions to take. Learn more via Netflix's Explain episode on Coding, here.

"Artificial intelligence is a constellation of many different technologies working together to enable machines to sense, comprehend, act, and learn with human-like levels of intelligence." (source: Accenture)

What is currently utilized with AI is helping humans complete redundant tasks that can be automated, or solve more complex issues like data analysis in less time. AI is less about replacing human skills and working as an extension. Learn more on Accenture.com.

"Bitcoin is the world’s first decentralized cryptocurrency – a type of digital asset that uses public-key cryptography to record, sign and send transactions over the Bitcoin blockchain – all done without the oversight of a central authority." (source: CoinDesk)

Other 'altcoins' are coming into the space as well as competition, like Ether, the second-biggest cryptocurrency in the world and the native token of the ethereum blockchain, the default alternative to bitcoin. Learn more on BusinessInsider.com.

Much like a physical currency that you can spend freely and anonymously, Bitcoin can be thought of as a digital dollar.

"A blockchain is a distributed database that is shared among the nodes of a computer network. As a database, a blockchain stores information electronically in digital format. Blockchains are best known for their crucial role in cryptocurrency systems, such as Bitcoin, for maintaining a secure and decentralized record of transactions. The innovation with a blockchain is that it guarantees the fidelity and security of a record of data and generates trust without the need for a trusted third party. The use of blockchains has exploded via the creation of various cryptocurrencies, decentralized finance (DeFi) applications, non-fungible tokens (NFTs), and smart contracts." (source: Investopedia)

Put more simply, it's a chain of timestamped chronological data sorted into 'blocks,' as a permanent record of transactions, that anyone can access around the world. When you want to spill the tea, blockchain has the receipts.

"A cryptocurrency (or “crypto”) is a digital currency that can be used to buy goods and services, but uses an online ledger with strong cryptography to secure online transactions." (source: NerdWallet.)

Think of using cryptocurrencies as cutting out the middle man, like being able to sell your house to your friend without having to use a realtor. Cryptocurrency is a digital coin (e.g. Bitcoin) held in your digital wallet (e.g. apps like CoinBase) with the saved receipts (Blockchain) that no central party controls. To learn more, watch Netflix's Explained episode on Cryptocurrency here.

"The cloud refers to software and services that run on the Internet, instead of locally on your computer. Most cloud services can be accessed through a Web browser like Firefox or Google Chrome, and some companies offer dedicated mobile apps." (source: Vox)

We've heard it simply described as saving things to 'someone else's computer.'

"A decentralized autonomous organization (DAO) is an entity with no central leadership. Decisions get made from the bottom-up, governed by a community organized around a specific set of rules enforced on a blockchain. ... Decisions are made via proposals the group votes on during a specified period." (source: CoinTelegraph)

For reference, the group that tried to buy the constitution was a DAO.

"A first-party cookie is dropped by the site a visitor is on, helping it remember things like that visitor’s password or what’s in their shopping cart. It was invented in 1994 by Lou Montulli, who, at the time, was working as an engineer at (now defunct web browser) Netscape." (source: MorningBrew)

"Third-party cookies are created by domains that are not the website (or domain) that you are visiting. These are usually used for online-advertising purposes and placed on a website through adding scripts or tags. A third-party cookie is accessible on any website that loads the third-party server’s code.

Online advertising is the most common use of third-party cookies. By adding their tags to a page, which may or may not display adverts, advertisers can track a user (or their device) across many of the websites they visit." (source: CookiePro)

According to MorningBrew, "this is what lets marketers track and identify people across the web—then target them with ads." Learn more on MorningBrew.com

But they're going away because of legislation like the General Data Protection Regulation (GDPR) and the California Consumer Privacy Act (CCPA). RIP.

"A system of interrelated computing devices, mechanical and digital machines, objects, animals or people that are provided with unique identifiers (UIDs) and the ability to transfer data over a network without requiring human-to-human or human-to-computer interaction... An IoT ecosystem consists of web-enabled smart devices that use embedded systems, such as processors, sensors and communication hardware, to collect, send and act on data they acquire from their environments." (source: IoT Agenda)

Every time you say "Hey Google," "Hey Alexa," or "Hey Siri," you're using the Internet of Things.

"Machine learning is a method of data analysis that automates analytical model building. It is a branch of based on the idea that systems can learn from data, identify patterns and make decisions with minimal human intervention." (source: sas)

If an algorithm is an if/then statement of instructions that humans have given to a computer, then machine learning is the computer's understanding of those instructions beyond those if/then scenarios that were written out.

"The meme stock craze, driven largely by investors on social media platforms and in online forums like Reddit, caused certain stocks to go viral. Perhaps the most famous was the WallStreetBets Reddit thread that encouraged people to buy GameStop and AMC Entertainment stock at the beginning of 2021." Learn more on cbc.com.

This is investing in the stock market based on cultural fads or memes discussed via social media or the internet.

"The metaverse is a hypothesized iteration of the internet, supporting persistent online 3-D virtual environments through conventional personal computing, as well as virtual and augmented reality headsets. Metaverses, in some limited form, are already present on platforms like VRChat or video games." (source: ACM Digital Library)

Business Insider defines the metaverse as "a new three-dimensional iteration of the internet." If you haven't seen Meta's (nee Facebook) new ad showcasing the metaverse, this might help visualize it. It’s essentially a rebrand of Virtual Reality (VR). The metaverse could affect the way we work, play, and connect in the digital world.

"Non-fungible tokens or NFTs are cryptographic assets on blockchain with unique identification codes and metadata that distinguish them from each other. Unlike cryptocurrencies, they cannot be traded or exchanged at equivalency. This differs from fungible tokens like cryptocurrencies, which are identical to each other and, therefore, can be used as a medium for commercial transactions. NFTs are unique cryptographic tokens that exist on a blockchain and cannot be replicated. NFTs can be used to represent real-world items like artwork and real estate. 'Tokenizing' these real-world tangible assets allow them to be bought, sold, and traded more efficiently while reducing the probability of fraud. NFTs can also be used to represent people's identities, property rights, and more." (source: Investopedia)

Think of it as a certificate of ownership for a digital asset. Sort of like a deed to your house, but you own the rights to the Grumpy Cat meme, and no one else can buy it. More and more brands are diving into the world of NFTs, like Clinique.

"Smart contracts are simply programs stored on a blockchain that run when predetermined conditions are met. They typically are used to automate the execution of an agreement so that all participants can be immediately certain of the outcome, without any intermediary’s involvement or time loss. They can also automate a workflow, triggering the next action when conditions are met." (source: IBM)

Some real-world applications include supply chain management or international trade. Smart contracts would also make it easier for influencers to have a clear process for invoicing and contract negotiations with brand partnerships.

"Tokenomics is the study of how cryptocurrencies work within the broader ecosystem. This includes such things like token distribution as well as how they can be used to incentivize positive behavior in the network." (source: Decrypt)

And you think describing your marketing job to your grandparents is difficult.

"Web 1.0, also called the Static Web, was the first and most reliable internet in the 1990s despite only offering access to limited information with little to no user interaction. Back in the day, creating user pages or even commenting on articles weren’t a thing. Web 1.0 didn't have algorithms to sift internet pages, which made it extremely hard for users to find relevant information. Simply put, it was like a one-way highway with a narrow footpath where content creation was done by a select few and information came mostly from directories." (source: CoinMarketCap)

Web 1.0 was about the ability to access things on the internet.

"The Social Web, or Web 2.0, made the internet a lot more interactive thanks to advancements in web technologies like Javascript, HTML5, CSS3, etc., which enabled startups to build interactive web platforms such as YouTube, Facebook, Wikipedia, and many more. This paved the way for both social networks and user-generated content production to flourish since data can now be distributed and shared between various platforms and applications." (source: CoinMarketCap)

Web 2.0 introduced to users the ability to add new things (content) to the internet and interact with people. This also meant that third parties had control over the data added by users, like banks with our currency.

"Web 3.0 is the next stage of the web evolution that would make the internet more intelligent or process information with near-human-like intelligence through the power of AI systems that could run smart programs to assist users. Tim Berners-Lee had said that the Semantic Web is meant to "automatically" interface with systems, people and home devices. As such, content creation and decision-making processes will involve both humans and machines. This would enable the intelligent creation and distribution of highly-tailored content straight to every internet consumer." (source: CoinMarketCap)

If you watched any of the show 'Silicon Valley,' you heard about a decentralized internet. Web 3.0 is about democratization, decentralization, shared assets, and the public having ownership. Here's a great breakdown of the differences between Web 2.0 and 3.0, according to The Ethereum Foundation, posted on metav3rse:

We hope to dive more into this topic in the coming months through resources, insights and conversations. If you have any questions about Web3, submit them here. 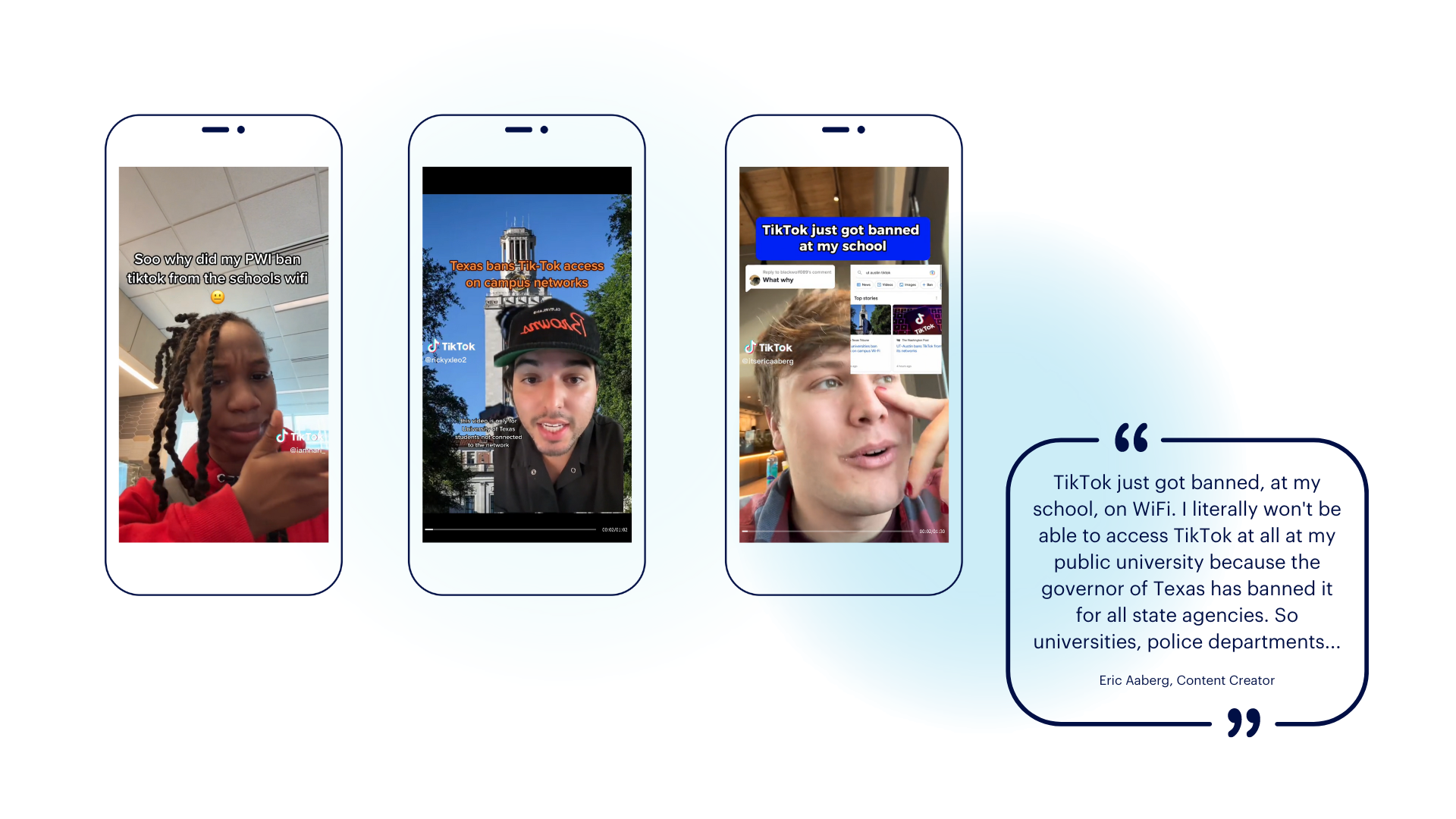 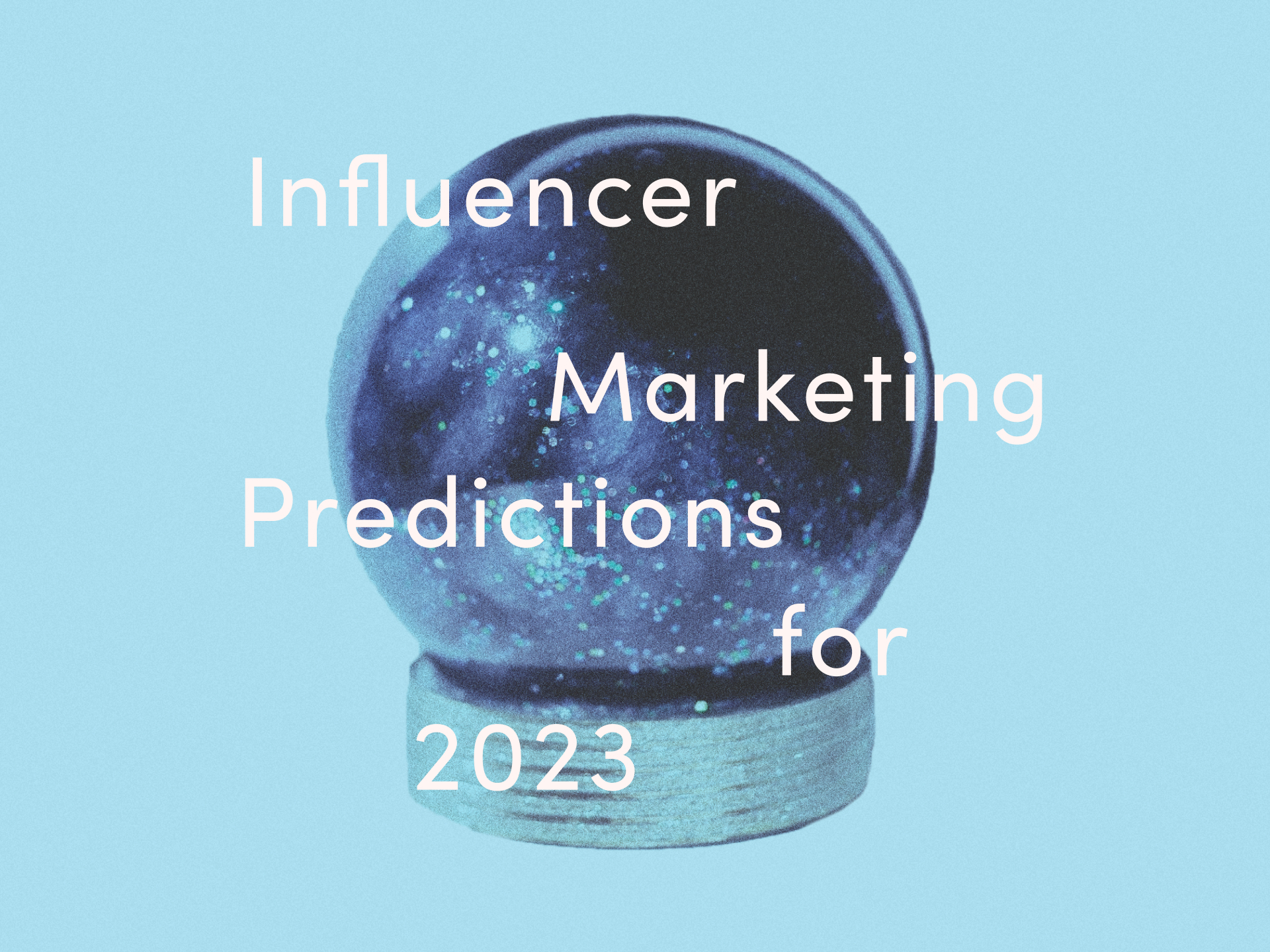 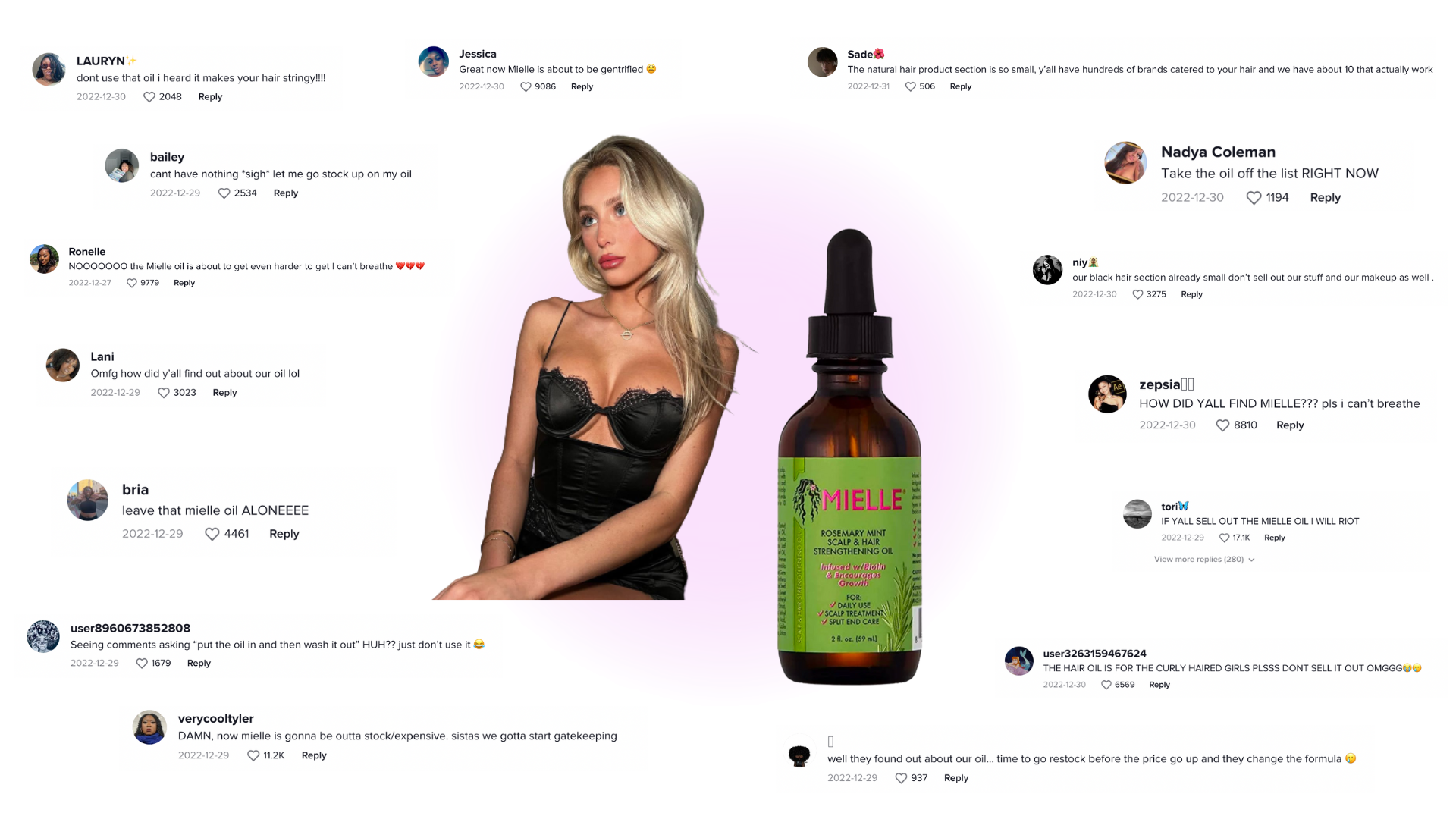