We are incredibly excited to introduce our revamped Campaign Web Reporting. If you’re running a campaign with our team, prepare to have your reporting standards raised forever. Think: more compelling data, performance benchmarks, and custom graphs all rolled into a new sleek design.

New Campaign Reports include tabs highlighting a campaign’s stats, content, and of course, the influencers who brought it all to life.

The first iteration of Campaign Web Reporting was built for a different digital landscape. The year was 2016 and Fohr was largely running campaigns in the fashion space where blogs dominated the conversation. Stories hadn’t yet launched, and Instagram functioned largely as a photo-editing tool. Since then, the industry has grown in ways we couldn’t have predicted, and so we expanded our expertise beyond fashion blogging to include a wide range of verticals and social platforms.

More than a redesign, our new Campaign Web Reporting introduces a variety of new features that will interpret your campaign’s performance in a reimagined way. Here is a rundown of all the new features:

Overall Performance
This very first section gives you the ability to digest a campaign’s overall performance with one quick glance. Here you’ll find impressions, engagement rates, CPM analysis, sponsored posts versus bonus posts, and now, even the influencers who over-delivered on content and impressions.

Audience Demographics
Using Demographics Pro we go beyond the data Instagram Insights offers, looking at everything from age to native language and providing a breadth of information you normally wouldn’t have access to. In the new iteration of campaign reporting, we’ve given this information a bit of a facelift with some easily-readable (and playful) visuals.

Platform Breakdown
Sponsored posts can take many shapes and forms, which is why we’ve dedicated a platform breakdown to show you how each channel performed.

Influencer Performance
Now, not only can you compare influencers’ performances side-by-side. You can also sort influencers by analytic. Just click on each column and see influencers ordered by anything from in-feed views to sticker taps.

We’ve plotted each influencer on this graph based on engagement rate and time. Hover over each bubble to see how each performed.

Head over here for a visual breakdown of all campaign content, no matter the platform or influencer. Don’t want to see them all at once? You can filter by influencer or platform to view a more targeted collection of content. What’s more: hover over each post to see impressions and engagement percentage at a glance. Clicking through leads to the influencer’s campaign profile page where you’ll view each post’s full analytical breakdown.

Easily Distinguish Platforms
In the previous version of Campaign Web Reporting, the difference between content published on diverse platforms was subtle. In our brand new iteration, not only have we designed each platform thumbnail to look unique. You can now actively filter by platform too.

Stories
Instagram Stories have increasingly become an integral part of the campaign world. They direct additional traffic to in-feed posts while making an influencer’s endorsement feel well-informed and authentic. We noticed the industry’s shift towards stories and redesigned Campaign Web Reporting accordingly. Stories are not only viewable: they’re animated and displayed alongside static posts in the content tab.

Looking to review all the influencers you worked with? We created a tab just for that. At a glance, you can scroll through dozens of influencers, each thumbnail highlighting their number of campaign posts, impressions, and engagement percentage.

Want to get more specific? On the top right, display influencers by location, or sort by criteria like engagement percentage and impressions. Clicking each influencer thumbnail also launches their full campaign profile where you see a data-rich breakdown of their content created for each required platform.

Benchmarks
With so many stats and numbers, it can be difficult (and almost dizzying) to put influencers’ campaign performance into context. That’s why we made sure to include their personal benchmarks in our new reports, giving you a deeper understanding of how each influencer performed against the campaign, personal, and following tier averages.

We hope you enjoy this update and that it changes the way you think about reporting from here on out – and we are excited to keep pushing the envelope. If you have any questions about our managed campaign reports, feel free to contact [email protected]. 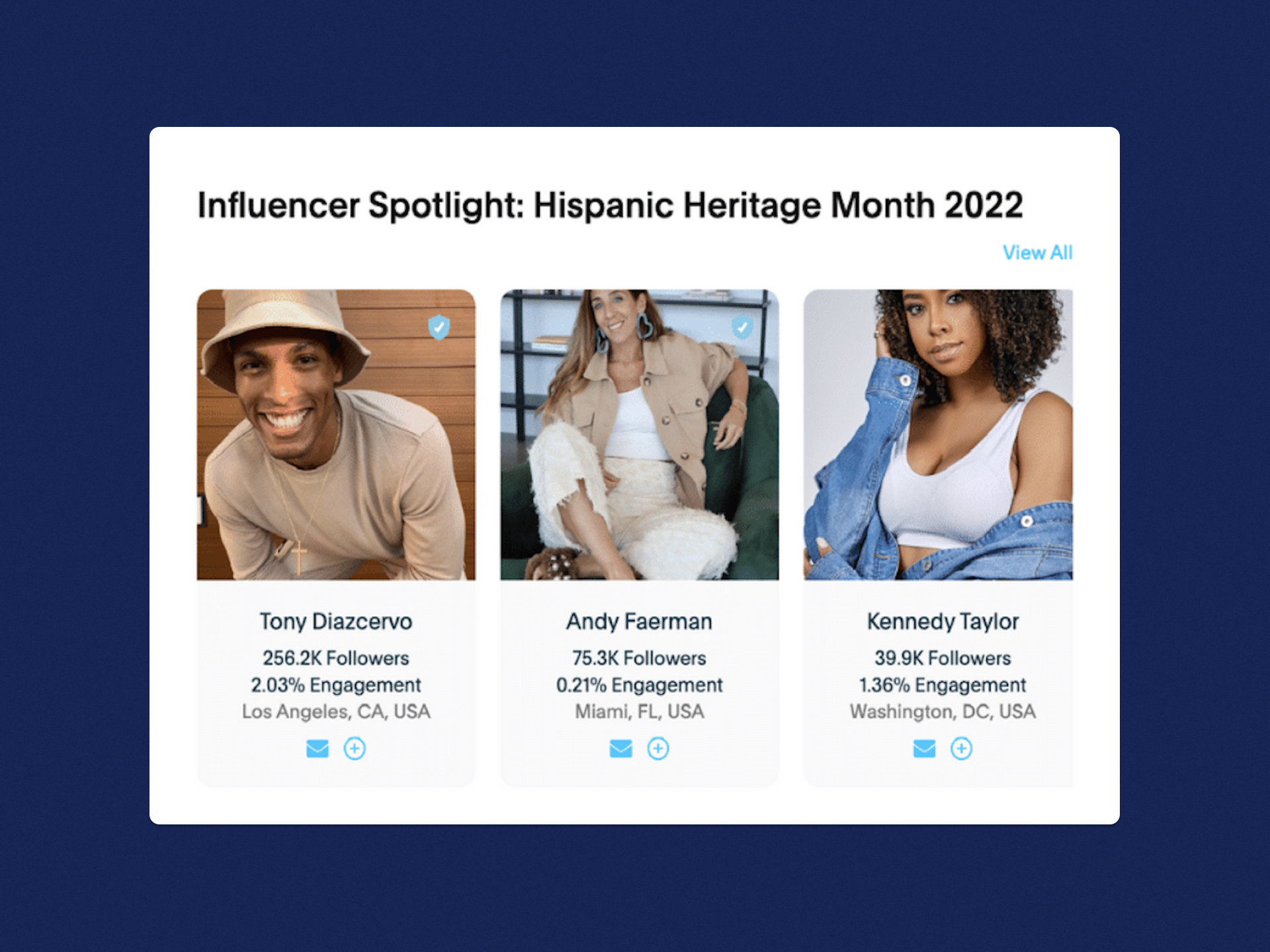 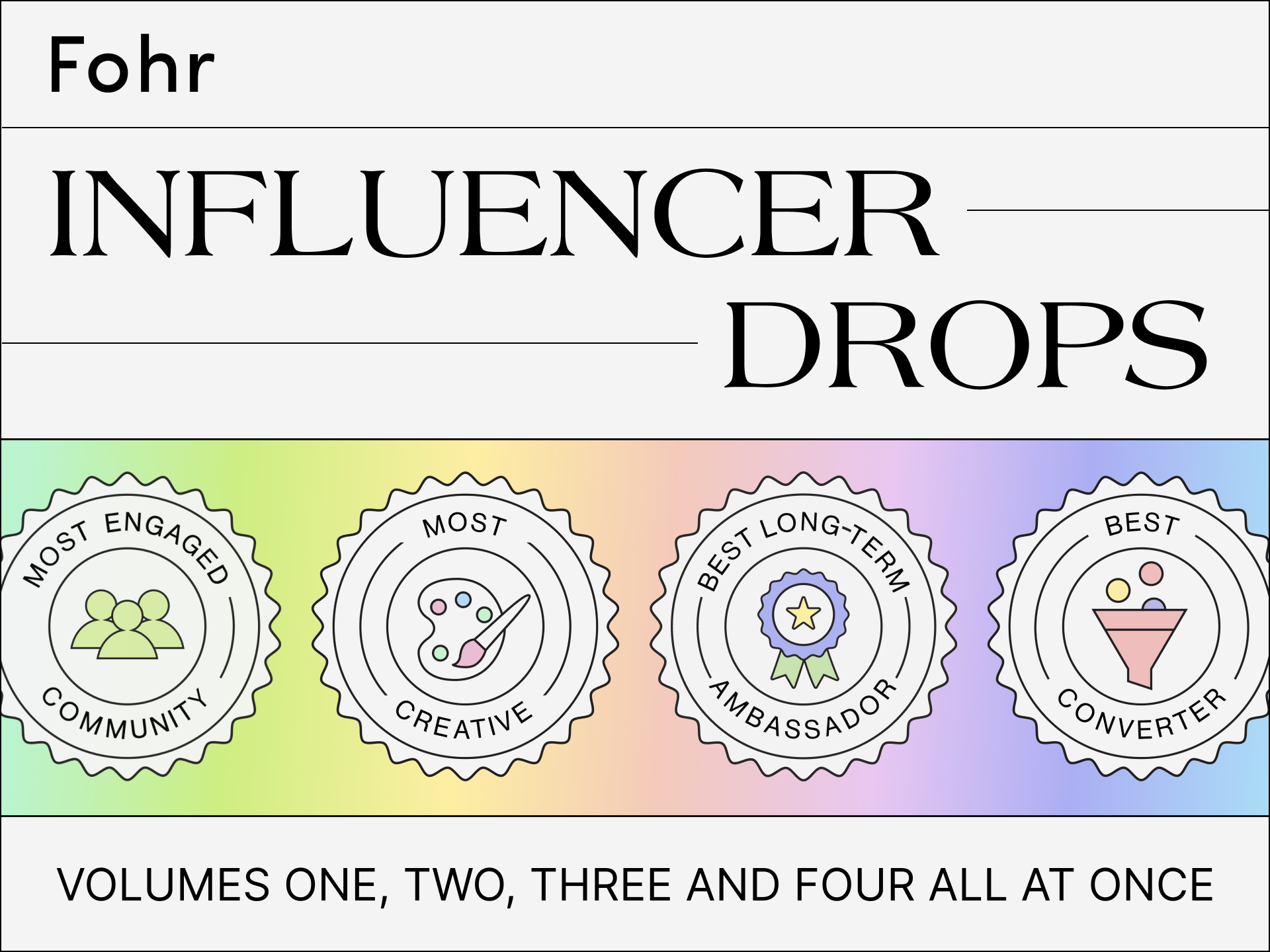